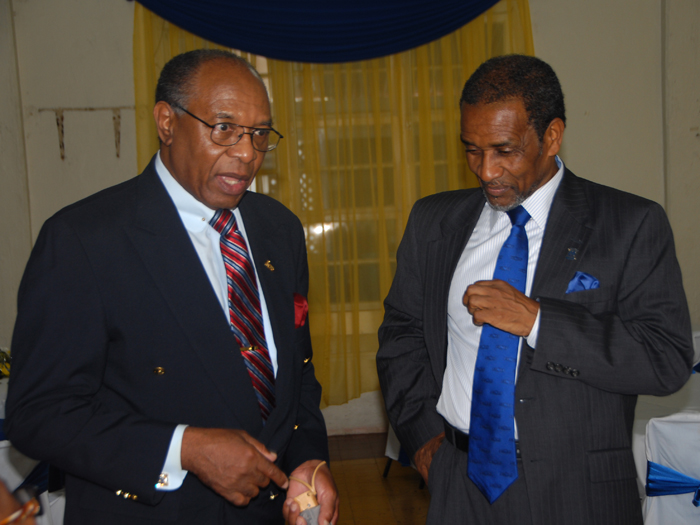 “NCU must take steps to build entrepreneurs,” were the words of President-elect, Dr Trevor Gardner, during an inspiring message to an audience of proud Alumni, University Workers, and other special guests and dignitaries at an Alumni Luncheon held on main campus yesterday, Tuesday June 19, 2012.  The Luncheon was the first in the series of week-long commemorative activities, which are to be staged to mark his installation on Monday June 25, 2012.  He also used the occasion to speak on several pertinent issues concerning the development of the University.

Earlier in the programme, former United Student Movement (USM) President, Mr Robert Miller shared a little of his experiences working with Dr. Gardner. He described him as “an advocate for the rights of the vulnerable” and as a man with “creative ideas”.  Additionally, celebrated philanthropist Dr Byron Robinson recalled his West-Indies College experience and how it helped shape his character and introduced him to Jesus.